New technology is constantly changing the landscape of live events and to follow on with what seems to have become a bit of a theme in these articles ie: technology and technological ‘gimmicks’ to attract visitors at trade shows, here’s another feature which can produce a serious “WOW” factor … and we predict we will be seeing a lot more of within the live event and experiential advertising platforms over the next couple of years; Holograms.

“Hologram”: a three-dimensional image formed by the interference of light beams from a laser or other coherent light source.

Essentially, when light waves from a 3D scene meet on a flat surface, they interact to form a sophisticated pattern….. a hologram. The hologram can then be “played back” with a beam of laser light to re-create all the intricacies of the 3D scene, including the depths of all the objects.

No point going into too much detail on how these things actually work (because I don’t fully understand it …. and don’t really need to. There are plenty of companies world-wide providing this technology who will do all the hard work for you!), but to create a hologram is essentially to perform a complex manipulation of light, which along with the interpretation generated by our own brains creates a realistic and ‘living’ 3D image.

As is usually the case with any developing technology such as this, it has already found application in the American market and has been used to great effect at trade shows and special events. For example, a large scale 3D holographic tiger appeared on stage as part of an opening conference in Santa Clara, California recently…. and according to the company that created it; “The tiger was a huge hit”. Of course, the company that created it would say that; it was after all advertising the company creating the holograms.

I guess it’s something we’ve all seen in movies in one way or another so it’s not actually anything alarmingly new, but it is something that many of us have never actually seen up close and personal as it were. It can be a pretty impressive sight and more importantly for the sake of marketing and ‘brand experience’, an unforgettable spectacle.

We’re not suggesting life-like wild animals should be roaming the trade show floor… but we have seen holograms being used to display 3D objects and even as interactive AI personnel collecting data from visitors.

The use of a hologram would be perfect for making a product uniquely stand out at point-of-purchase displays. They could also be a really novel addition to a live presentation or to boost an otherwise dull conference speech. A floating, realistic 3D image which can be explored from every angle is way more effective and engaging than a 2D printed graphic on a wall.

Holograms can provide the necessary appeal and fascination to capture an audience’s full attention. You can place your target customer directly into a 3D simulated environment and engage them with interactivity or just pure entertainment. A life sized hologram placed in high traffic areas would create a real show stopping spectacle.

One of the prime objectives for every exhibitor is to be memorable and a little bit different from the competition.
Contact Exhibitionco today for some great ideas on how we can help you to stand out from the crowd at your next event.

So, what’s going to happen to the exhibition and trade show industry after Covid-19?

We believe that trade shows and exhibitions will help the world economy recover, by helping individual businesses recover. As lockdown …
Read More 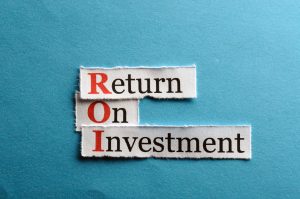 The importance of post trade show evaluation and how to calculate return on investment.

For many exhibitors, attending a trade show means a huge buzz of activity for a couple of weeks leading up …
Read More

Laws of attraction. We show you 6 ways you can boost your visibility on the trade show floor.

A ‘pop-up’, in this context, is a temporary retail space which offers companies a ‘here-today-gone-tomorrow’ sales or marketing environment to …
Read More

Some tips on how to design a lead generating exhibition stand for your brand.

Exhibitions or Trade shows are an ideal way to generate new leads for your business. Even with all the readily …
Read More